Business leases can be very sneaky. I am not a real estate agent so I am not going to go into detail about a lease; however, I do have experience in a couple of areas that I will provide ample warning. 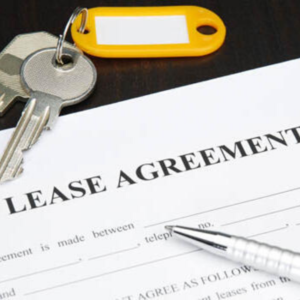 One of the first gotchas that I experienced was a lease that mandated that anything that was attached to the building would be considered part of the property. In other words, you mount a tv on the wall to showcase videos, the owner now owns that tv. If you hung personal art on the walls, the art was now a part of the property. Terrible, right? You have to be careful on these leases.

The second gotcha is one that I have seen in a number of leases is the repair and maintenance of the HVAC system. In Texas, the AC in mandatory. However, repair and maintenance of the air conditioning system typically falls on the tenant. If the air conditioner has a malfunction or was not properly maintained, it could end up costing tens of thousands of dollars that can never be recouped. When the system goes down, the problem could have you closed for several days depending on the severity of the issue. I have had issues where the drip pan overfilled causing major flooding in a production area. I have had issues where the A/C dumped all of its freon causing thousands of dollars of repair trying to repair and refill. We have seen businesses go down for several days due to copper wire thieves stripping the system. Because of this and space constraints, many of the A/C units are on the top of the building, just having an A/C person on stand by does not help. In fact, just finding someone to work on a commercial A/C unit is a feat which means extra dollars. But sometimes special equipment must be brought in just to access the A/C unit and that does not even account for the possibility of replacing the unit, if necessary. The contractual obligations concerning the  HVAC system is always one that you need to watch carefully, it could end up costing you major dollars if not your business. If you are caught up in this ordeal, speak to your landlord. If your landlord is aware, they might be able to help control some of those costs.

There are a couple other items to generally watch. Glass replacement, especially if you have large windows, including glass on doors. Flooding and damage caused by other tenants to your space, improvements and merchandise. And, finally, asking who is responsible for controlling unwanted pests.

Have you been caught in an undesirable situation regarding your lease? If so, let us know so we can be on the watch for next time!