I admit that I was excited about opening a store on the internet. While I was not “naive” on many of these things; I was not certain about how they would affect my business. Turns out, they are an every day if not every minute occurrence.  There are some real truths behind this. Here are 5 things that I did not realize (or realize was as bad as it is) about opening an online business. 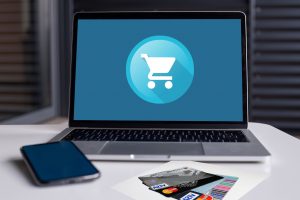 1. Here is the scenario: you are ready for your launch, you officially turn on the site. You send a note, a tweet, a post out to all of your friends and family and let them know to share with their friends. You get a little traction the first week, a couple of sales. Maybe a little more with that second hit and then crickets. People cannot just organically find your store on the internet. Since the internet is not traditional as in brick and mortar, traditional forms of advertising are ineffective. All you will hear about when you open your store is getting the SEO right and leveraging ads within the platforms that you are going to use. If you get the advertising and SEO right, it can be quite effective with little cost. However, many spend hundreds of dollars trying to perfect just that. Secondly, once you have found the sweet spot of advertising success, the platform you are using will go out and change the rules forcing you to reinvent your advertising all over.

2. Amazon is a beast. When I began my stores, Amazon was not the massive conglomeration it is today, granted it was the rising star. Prime was a paid privilege. Third party selling did not exist in the same form. Today, you do not have to be prime to get merchandise in a couple of days. This beats most current methods of courier services without substantially paying up for it. How can you compete?

Some may say, well, if you can’t beat them, join them, but that is not necessarily the case with Amazon. Some contracts and arrangements prohibit Amazon sells as it is territory based and another has staked it claim to the Amazon domain. Prices on Amazon are rock bottom, competing in the Amazon arena does not mean that you are dealing with ethical sales people as you will see in latter points. Amazon cannot be overlooked even though you are not solely competing with “Amazon.”

3. Unethical and fraudulent companies are out there and will beat you on #1. They know how to get their name out there, they pretend to offer a product at an “unbeatable” price and then do not provide that product as initially advertised, if the product is delivered at all. These companies bring down all internet companies as a whole (and another reason while some find that reason #2 is a better choice. But, it too has issues.) The internet is a very shady place.

4. While we are on the topic of shady, you think you open up an online store and that stealing would be minimized, right? Well, that is not the case, people will steal anything. They will steal your pictures, they will take your ideas and they could even steal the business from your site by redirecting traffic. (We have not even touched on charge backs yet and how that could cripple your business. But, I will digress from that topic until later.) The good news about this is that you can work to protect yourself from these predators. This does take work and practice at refining this skill and is typically not something you will just know on day 1.

5. Finally, the battle for pricing is ugly. If you are not offering something that is truly original, the only thing a person has to do is open up another browser and look up the item and start comparing prices. Pricing is just a game, a very big game. One tactic used by many is reducing the item to a small amount, maybe even just a piece to a set, and then using that as the gotcha price. Once you actually click on the item, you realize that it was for a small portion of what you thought. Too bad, that person is now diverted to another site and the game is back on. Another gotcha is showing an installment price as opposed to full cost price on the initial posting. The pricing battle is a game and really just depends on how you want to play.